Is It A Sin To Not Wear The Hijab?

The Islamic dress code is a topic that keeps drawing people’s attention. There are so many arguments over modest clothing for women and many debates on what the dress code in Islam actually entails. Some will cover up with headscarves also known as hijab’s while other muslim women won’t.

While there are no specific dressing requirements for Muslim women, in general, modesty calls for a woman to cover her body. Prophet Muhammad SAW instructed that a woman should be covered so that only her face, hands and feet are revealed. Meanwhile men should cover what is between the navel and the knee. It is also said that clothing must be loose enough to not outline the shape of the body and that the material should be thick enough to not be see through.

So if a woman doesn’t wear the hijab, is it considered a sin?

First, let’s understand the word itself. Nowadays, ‘hijab’ has been coined as a term to describe the headscarf. The basic common contemporary understanding of the hijab is that it’s a headscarf which covers the head and upper neck, leaving the face exposed.

In the Quran however, the term used for head cover is khimar – a garment used to cover the head, neck and shoulders. Hijab on the other hand means barrier. For example, a wall or even a curtain could be a hijab; something that screens or hides something from sight.

In effect, there are other types of veils that Muslim women around the world wear depending on geographic location, customs and perhaps ethnicity. Besides the hijab there is the niqab, originating in Saudi Arabia. The niqab is used to cover the face and head leaving only the eyes exposed.

Meanwhile, the chador is a large black or dark coloured cloth that covers the head and entire body leaving the face exposed, and the burqa is a garment that covers the whole body with crocheted eye openings.

Dr. Shabir Ally, a Canadian Muslim preacher spoke in a video by Let The Quran Speak on YouTube about the hadith that concerns a woman’s dressing.

“In the Quran Surah 24 (An-Nur) verse number 31, it says tell the believing woman to draw their head coverings over their bosoms so that they will not display their beauty except for some specified individuals, like their husbands.

It was believed that Muslim women used to wear the khimar but the ends were trailing behind their shoulder, leaving the lower neckline exposed.

“The quran’s directive was for them to bring the ends of that over the neckline to cover the chest,” he said.

To answer the question if it’s considered a sin if a woman doesn’t wear the hijab, Dr. Shabir Ally said that to say that something is a sin, there needs to be a very clear mandate either in the Quran or in the authentic saying of Prophet Muhammad SAW.

“We can’t make it up ourselves because people are not our servants, they are God’s servants and only God has the right to legislate for them and declare what is a sin and what is not a sin. 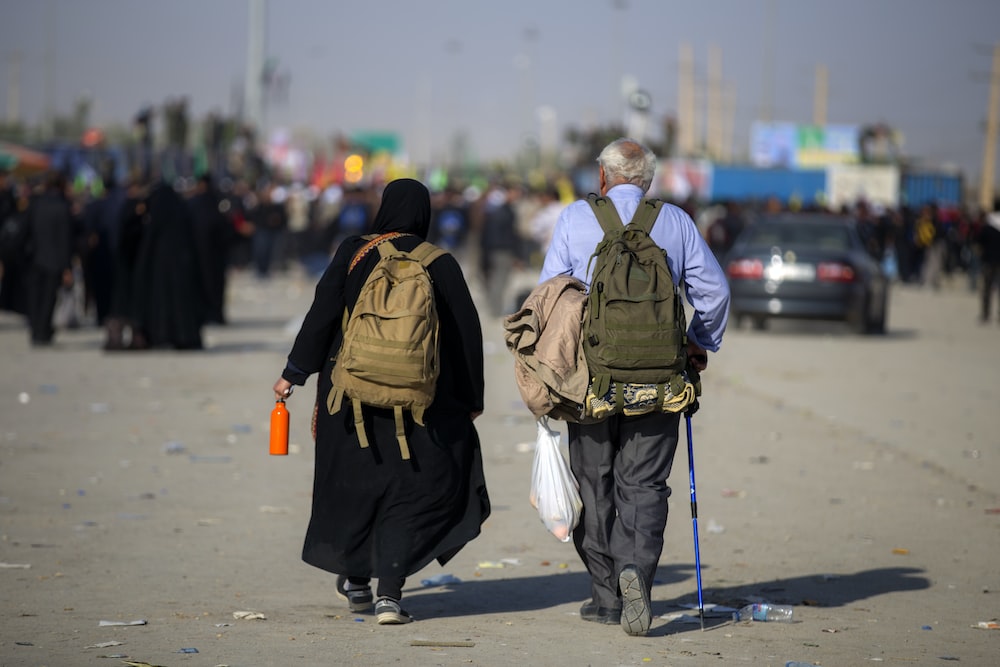 “In Islam there are many different grades of things. There is something that is haram which is absolutely a sin, then there are things which are close to haram that are said to be makruh or objectionable.

“Then there are other things which are objectionable but not of the haram type. It is not necessarily sinful but more pious might want to avoid those as well.

“Covering the head would be a recommended practice because it’s what we’ve known in Muslim tradition throughout the ages, but I would hesitate to say that failing to meet this requirement would make a person sinful.”

We also reached out to a religious speaker and author from Singapore, Ustaz Mizi Wahid, the CEO of Safinah Institute, to hear his thoughts on whether a person’s good deeds can be wasted as a consequence of them not covering up enough:

“To ask me whether the good deeds will go to waste, my personal response would be no, I doubt so.

“There is a hadith about a prostitute who gave a drink to a thirsty dog in the desert and she entered Jannah because of it. If God could forgive someone like that why would He not forgive someone doing lesser evil things?

“But we also don’t want to use that to make us complacent. The aim is always the ideal Muslim and we should work slowly and gradually towards it,” he said.

We are all on our own unique spiritual journeys in this life, but the destination remains the same. What’s most important is that we continue to learn and practice all the things that would make us better Muslims, seek refuge and please the Almighty.